The first Davao Torotot Festival cemented Davao City on the world map as the whole city attempted to break the Guinness World Record for the “Most people blowing party blowers simultaneously”. This year, the festival sets out to welcome 2015 with a humongous bang! 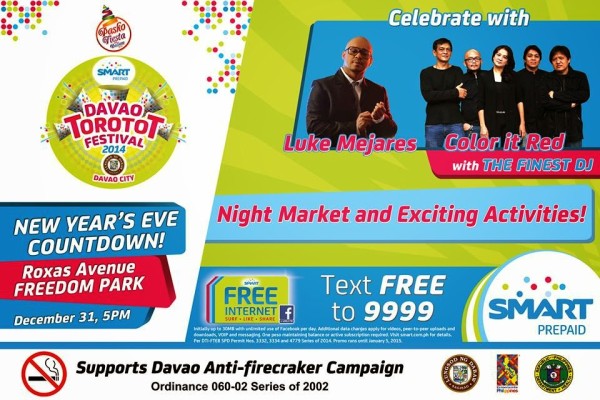 The 2nd Davao Torotot Festival New Year’s Eve Countdown will kickstart 2015 on December 31, 2014. Festivities will start at 5:00 PM at Freedom Park in Roxas Avenue. Celebrate the coming of the new year with music from Luke Mijares, Color It Red, and DJ Big.

If last year’s festival was any indication of the 2015 event, then expect one huge blast of a party!