In celebration of its 35th anniversary, Jollibee shared over three decades’ worth of family togetherness and milestone moments through a traveling exhibit titled “Buhay Pamilya” with the Davaoeños in Abreeza Mall last June 6. 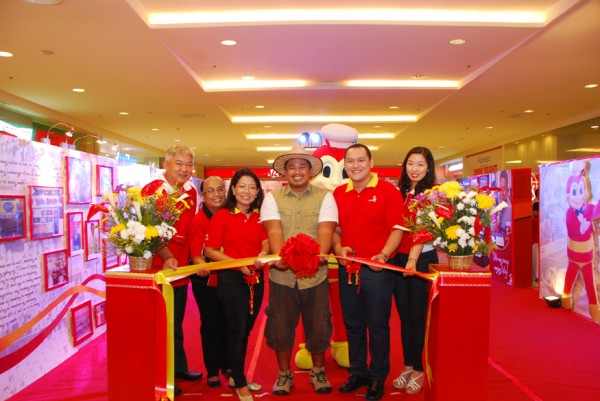 “Buhay Pamilya” relives Jollibee’s success story – from its humble beginnings as an ice cream parlor in Cubao to becoming what is now known as the family’s second home for memorable bonding moments. The exhibit, which is specially dedicated to Filipino families, had many interesting and exciting things in store for members of all ages.

Aside from depicting Jollibee’s inspiring story, it also featured the many reasons why Jollibee continues to touch millions of lives, here and abroad, such as its famed products, milestone and international stores, and growing family of mascots and celebrity endorsers. Also included were stories of how Jollibee gives back through its advocacy programs.

Internet sensation and proud Davaoeño Bogart the Explorer visited and took a tour of the exhibit during the launch in his hometown. “The year I was born, 1985, was the year Jollibee became the number one fast-food chain in the Philippines,” he said. “When I was young, whenever I got high grades in school, I would ask my parents for a Jollibee treat. I always get the two-piece Chickenjoy with extra rice, sundae, and a large drink.” 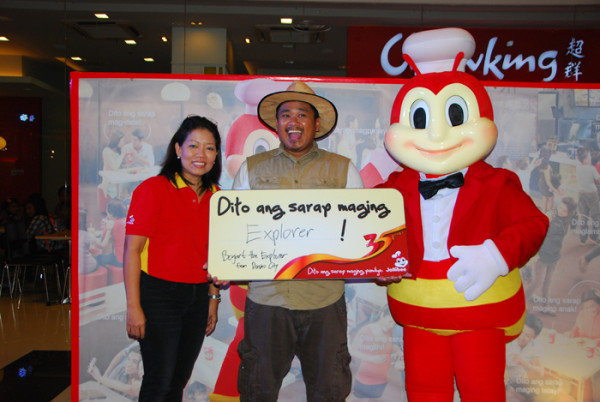 Bogart the Explorer starred in Jollibee’s The Happy Filipino campaign, which showcased the country’s unique culture and its people’s warm hospitality and happy character. The campaign received a number of awards, including two Tambuli 2013 awards (a Bronze in the Advocacy category and a Silver in the Integrated Digital or Mobile-Led Program) as well as Gold Awards at the 4th PANAta Awards and the 2012 Araw Values Awards.

“We are very excited to bring the exhibit to Davao,” said Jollibee Regional Business Unit Head for Mindanao Ana Aluyen. “Jollibee has become a part of the everyday lives of millions but there are many things about the company that not a lot of people know. Through ‘Buhay Pamilya,’ they will get to know more about their favorite fast-food chain and how much we value the remarkable relationship we have built with our customers.”

Text and Photos from Stratworks/Jollibee