We Are Turning 9: Join Our Anniversary Giveaway

DavaoBase is turning nine years old! To celebrate our 9th anniversary, we will be giving away NCCC Cinema passes to 5 Facebook followers who will participate in our anniversary giveaway. Each winner will receive 5 complimentary passes to NCCC Cinemas! 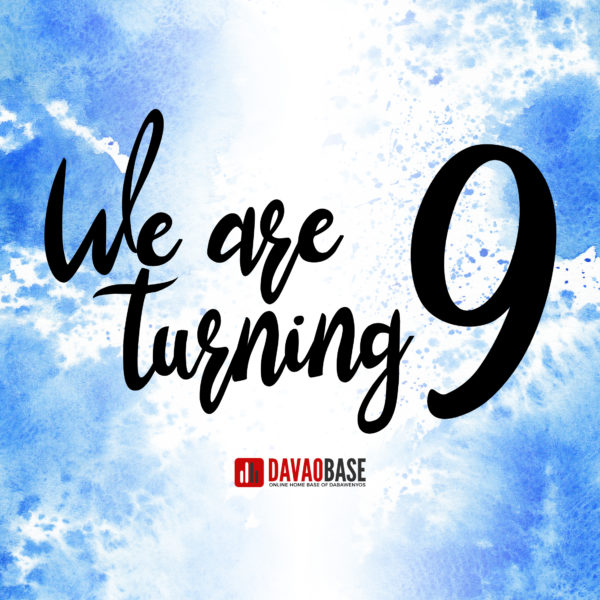 Double your chances of winning!

Leave a comment below to answer the question “”What movies are you excited to watch in 2017?”, and you will get two (2) raffle entries!

Here are the winners of our Anniversary Giveaway: 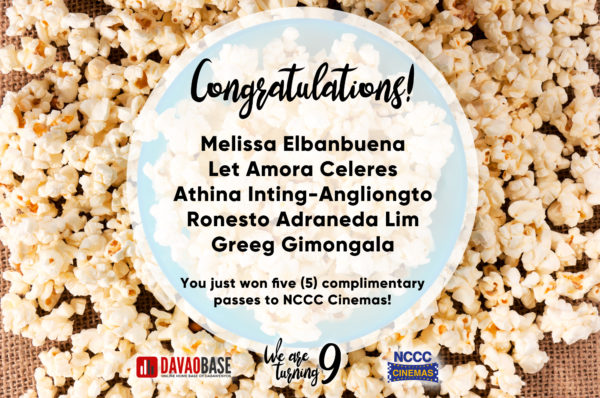 To Melissa, Let, Athina, Ronesto, and Greeg, CONGRATULATIONS! Please PM us on Facebook for instructions on how to get your free passes. 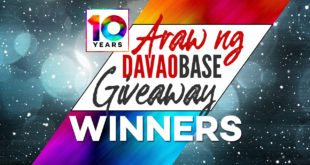 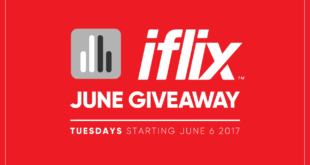 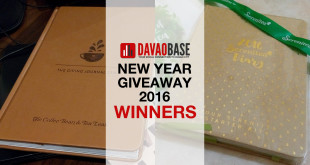 We thank everyone who sent entries to DavaoBase New Year Giveaway 2016: Plan The Year Ahead. Read more to check who won.