The second installment of the legendary comic book hero is coming to Davao. “Thor: The Dark World” opens nationwide on October 30, 2013. SM Lanang Premier has two treats in store for fans of the Asgard world. First, the film will have a Midnight Screening on October 30 at 12:05 AM, hours ahead of everyone else. 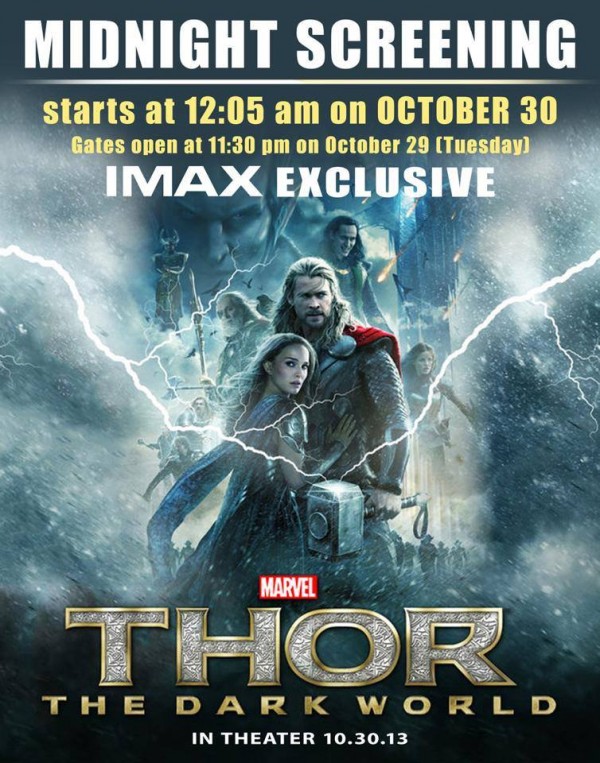 Second, SM Cinemas will give freebies to those who will buy IMAX tickets for the Marvel movie in advance. Promo runs until October 29, 2013. 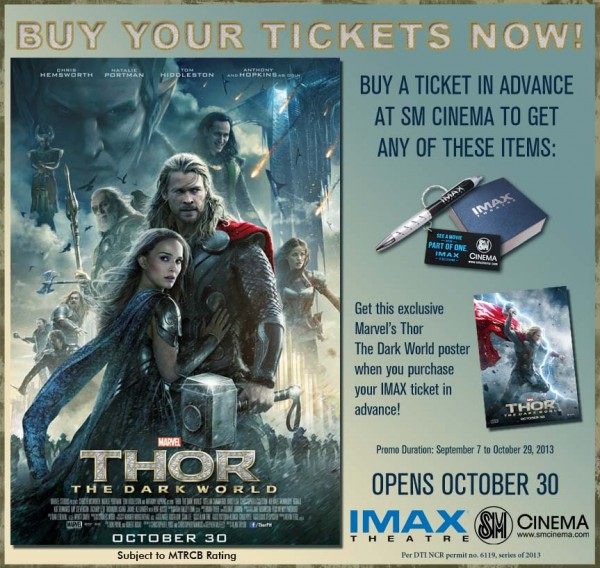