1Pangako to End the Joke on Autism

DavaoBase joins the Autism Society Philippines in promoting right information on autism and acceptance of persons with autism in society.

We have always been careful not to use the word “autistic” to describe unpleasant behavior, but we would like to publicly declare in this blog post our commitment to help “end the joke” by being part of the 1Pangako campaign. 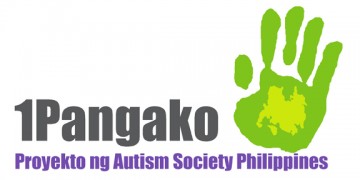 Support the 1Pangako campaign! You may simply copy the statement above and post it on your Facebook wall, Twitter page and other social networking accounts. You may also compose your own 1Pangako.

This year’s celebration, slated on January 20-27, is the 17th National Autism Consciousness Week and has adopted the theme, “Autismo Alamin Pagtanggap at Pag-unawa Palaganapin”, to promote the right information on autism that will pave the way for the public to truly understand and accept persons with autism as part of the society.

Autism is a lifelong developmental disability that affects how an individual interprets what he sees, hears, and touches, thereby impairing his understanding and use of language and his adaptation to his environment. Autism is now considered the fastest rising developmental disability in the world. In the Philippines, almost 1 million Filipino families are estimated to be affected with autism.

Autism Society Philippines (ASP) has been in the forefront of providing services to families affected with autism. ASP has grown from the 11 mothers who bonded together for the causes of their children in 1989, to more than 8,000 members, with 62 chapters all over the country.

In Davao, the celebration organized by the Autism Society Philippines (ASP) Davao Chapter will kick off on January 20, 2:00 p.m. at SM Lanang Premier with the Angels Walk and Program. 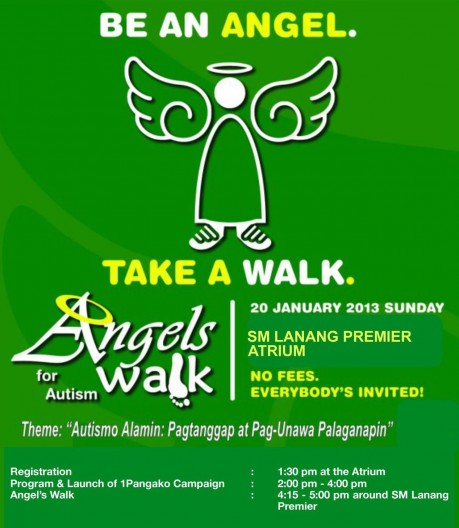 One of the program’s highlights is the official launching of ASP’s “1Pangako”, a social media campaign that aims to gather one million pledges from individuals to act to stop the derogatory use of the word “autistic” as a joke or an insult; and to promise to promote the acceptance and inclusion of people with disabilities.