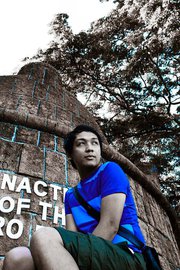 Davao City adds another feather to its cap, this time in the field of movies.

Gohetia has an impressive arsenal of filmography in his belt. He helmed the critical and mass favorite The Thank You Girls, and worked as editor in the films Daybreak, Tirador, and Foster Child.

Congrats, Bebs! We hope to enjoy more movies from you. 🙂