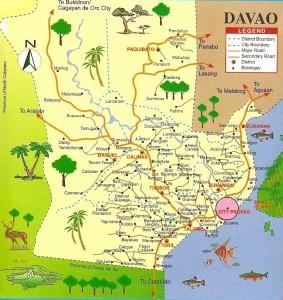 Davao City now has a population of approximately 1.5 million. According to the Constitution, a population of 250,000 is entitled to a Congress representative. The question now is — why does Davao only have 3 Congressional districts, when it can have at least 5?

Mindanao Times reported today that Councilor Danilo Dayanghirang has again called for the creation of 2 more districts for Davao City, as the City Council has already passed a resolution supporting this motion last year. The report also noted that Cavite already got 4 additional districts as approved by the Congress, while Davao is “stuck” with only 3 with the apparent disinterest of our present Congress representatives to the said move.

Dayanghirang mentioned of an additional P100 million per year of pork barrel funds that Davao could possibly utilize for the city’s development if and when 2 more districts are created. Having more representatives for Davao may also mean that more will be looking out for the cause of Dabawenyos in the Congress.