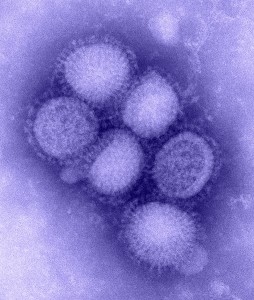 While I was nursing a huge headache since yesterday, Hubby was sneezing hard this morning. It suddenly got me into thinking: Is the swine flu coming down on us?

Hopefully not. Fortunately, Hubby’s sneezing came to a halt after a while, and I’m somehow feeling a bit better. Still, it’s better to be a bit paranoid than to act nonchalantly on the matter.

It’s a good thing that the local government has spearheaded the creation of Task Force AH1N1, a select group of health practitioners and assigned personnel who will carry out actions that will prevent the outbreak of the Swine Influenza virus in Davao City.

Yes, the Philippines is still free of AH1N1 contamination, but it’s always best to keep on our toes about this issue.

Previous Bluejaz Resort — Was It All Just Hype?
Next Annipie Cinnamon Roll: A Sinful Pleasure