The Philippine Popular Music Festival (more popularly known as simply PhilPop Music Festival) is back for 2018, but with some exciting changes! 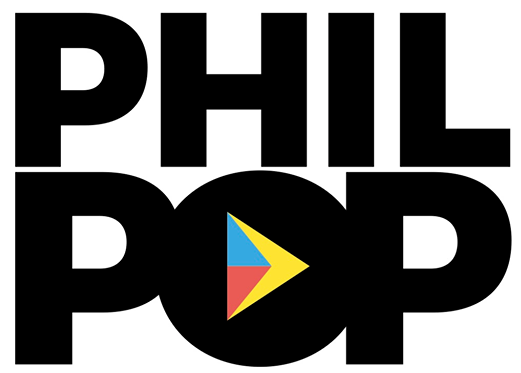 We have always known of PhilPop Music Festival as a prestigious songwriting competition open to amateur and professional Filipino composers. Since it started in 2012, it has given talented Pinoy songwriters a venue to showcase their original compositions. At the same time, it promoted and re-ignited Pinoy pride and love for OPM.

For PhilPop 2018, the music festival gets a boost through the addition of other exciting events that highlight “Music. Powered by Pinoys.” Music pros and enthusiasts get to enjoy PhilPop’s mall tours, music pods and listening booths, and songwriting boot camps hosted in different cities nationwide.

The PhilPop Songwriting Boot Camp is a songwriting workshop to encourage and train Filipino composers to create excellent songs. Boot camps were done in Antipolo, Baguio, Cebu, and recently in Davao.

Participants or fellows need to pass stringent screening process to be part of the boot camps. For 3 days and 3 nights, the fellows learn from Boot Camp Master Ryan Cayabyab and an impressive set of multi-awarded celebrity songwriters who act as coaches.

DavaoBase.com is proud to have our own Chito Joseph to be included in the batch of 23 Sponsored Fellows in the Davao boot camp held last February 15-18, 2018 at the Waterfront Insular Hotel. Aside from Maestro Ryan, their coaches and mentors included Trina Belamide, Gary Granada, Jimmy Antiporda, Jungee Marcelo, Jonathan Manalo, Yumi Lacsamana, Thyro Alfaro, Lara Maigue, Ben & Ben, and Davao’s own Popong Landero and Jeremy Sarmiento.

The songwriting competition remains to be a major part of the PhilPop Music Festival, where the Grand Champion gets to take home PhP 1 Milion tax-free. Also, runners-up will receive PhP 500,000 (1st runner-up) and PhP 200,000 (2nd runner-up). Having one’s original song be accepted as a PhilPop finalist would probably be the songwriter’s biggest reward, though. 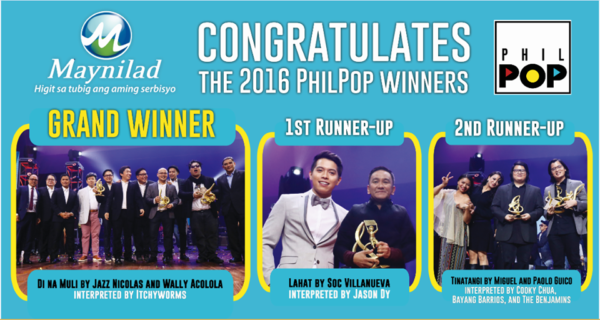 How to Join the PhilPop Songwriting Competition

So, interested in joining the PhilPop Songwriting Competition? Here’s a summary of what you need to know.

It comes as no surprise that PhilPop receives as many as 4,000 song entries every competition. Thus, it will take some time to conduct the screening and adjudication process to ensure that the best songs are chosen.

Announcements of Finalists and Winners

With festivals like this, the competition champions are not the only winners. Filipinos win as we promote the diversity, beauty and power of original Pinoy music.