Espetada – House of the Hanging Chicken in Obrero

As a meme that became popular on Facebook a few months ago says, you’re a true Dabawenyo when you’ve been lost in Obrero. Hahaha! Of course, that’s very subjective and mainly based on the experience of the one who created the meme. Still, it’s catchy and funny.

In one of our few lazy afternoons when we can afford to just drive around the city, we “got lost” in Obrero and found a nice spot to stop and have lunch in — and that is Espetada, House of the Hanging Chicken. 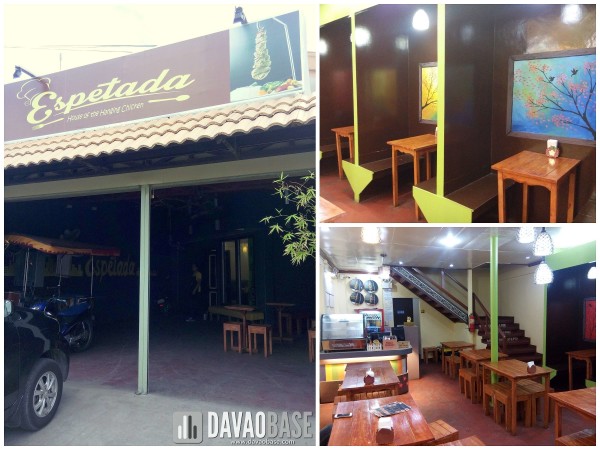 Espetada — named after a Portuguese dish of large chunks of seasoned and skewered meat — offers chicken, seafood and beef soaked in a special marinade, basted in authentic peri peri sauce and cooked skillfully.

We had the Reyna variant and the beef kebab. Both meals were interestingly tasty. It’s like a Mediterranean feast in the mouth! 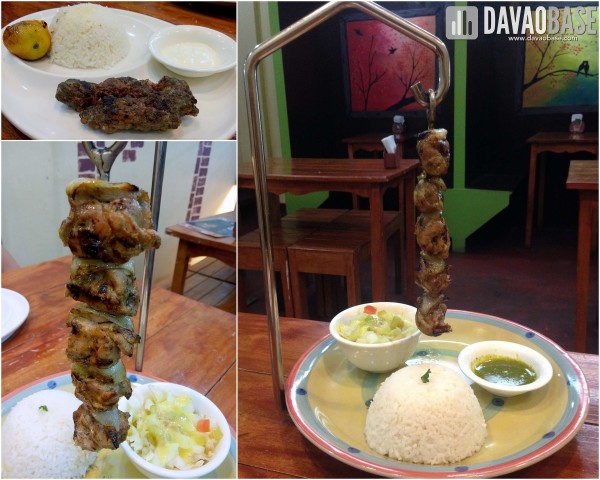 The place is small and charming, with mini booths for those who want a tiny bit of privacy. Its fixtures and wall decorations are also adorable. They give a relaxing vibe, although you’re eating slightly spicy to spicy food.