The first-ever region-wide food festival is set to make rounds at SM malls in Mindanao from August to September 2016. Dubbed South by Mouth, it is happening at SM Lanang Premier on August 19 to 21, from 4pm to 10pm, in time for the city’s most colorful festival – the Kadayawan. 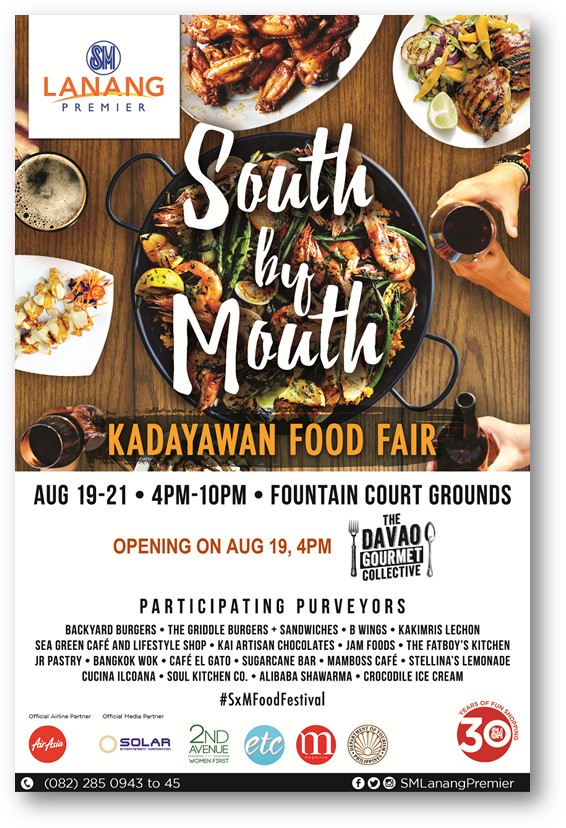 With the growing interest on Mindanao in the recent months, South by Mouth aims to promote the region’s unique food culture through outdoor food fairs in three key cities: Davao, Cagayan de Oro, and General Santos.

Festival-goers can also revel in live DJ music at the Castaway Kadayawan Vibe Fest and ETC Paintensity events happening at the Fountain Court grounds on August 19 and 20.