Are you a fan of Korean films? Here’s great news for you: It’s time for the annual Korean Film Festival, where you can watch Korean movies for FREE! 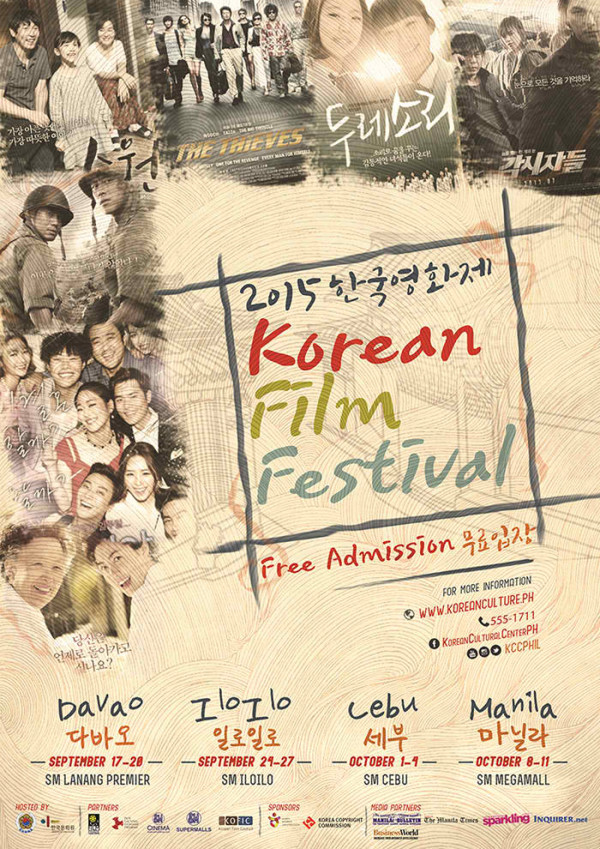 All films come with English subtitles. Admission is free to all!

Here’s the movie schedule for Davao: 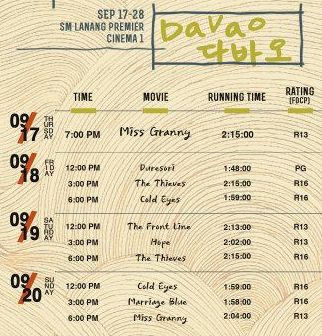 This festival is brought to you by the Korean Cultural Center in the Philippines and the Embassy of the Republic of Korea, in cooperation with the Film Development Council of the Philippines (FDCP), the Film Cultural Exchange Program, Korean Film Council, Korea Copyright Commission, Korea Tourism Organization, SM Cinema and SM Supermalls.

Previous BrainFit Studio: A Smarter Way For Your Child To Learn
Next Guerrilla Filmmaking Workshop 2015: Learn How To Make Movies