The Embassy of the Republic of Korea and the Korean Cultural Center in the Philippines are bringing the 2013 Korean Film Festival to SM Lanang Premier Cinema 5 on October 10-13, 2013. 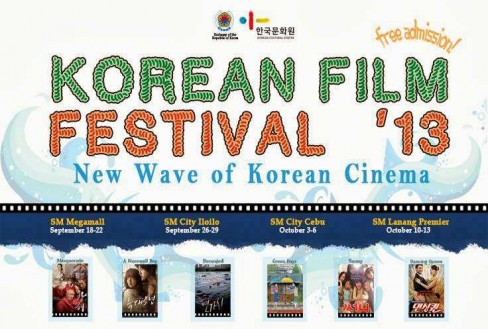 The four-day movie showcase will feature six films that bring the new wave of Korean cinema to Philippine shores. Admission is FREE!

Here is the lineup of movies and their respective screening times: 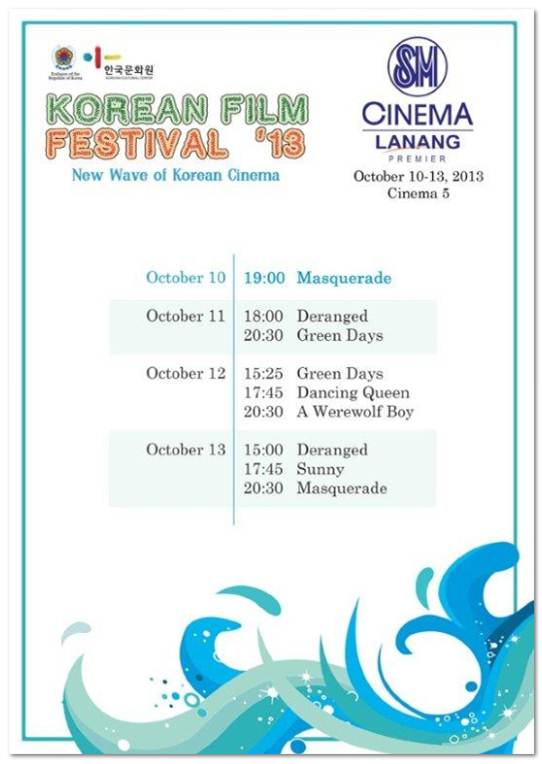 This event is launched in cooperation with SM Cinema, Film Development Council of the Philippines, and Film Cultural Exchange Program.