Last year, I applied for an HSBC credit card to avail of the free watches they give their new credit cardholders. I really had no plans of getting a credit card before, but when I saw HSBC’s offer, I asked myself what I would lose if I apply for one. The first year’s fee is waived, anyway. While many of my officemates received only 1 claim voucher after a successful application, I had 2. Why 2? Because I applied online. I would have told them to do it online if I had known earlier, but they all applied (through an agent who visited the office) before I did. Again, I was not really interested at first. Only the free watches convinced me. I now have a Timex watch, which I saw, a few months later, was priced at PhP 2,250 in SM City Davao, and a Dunlop watch, which my husband is using.

They had different offers after that, like the Mango watch, the free trip to a local destination (which, by the way, excluded Mindanao destinations! Hah!) and the Kenneth Cole wallet. To all these, I did not give a second look. Until this new offer came.

HSBC’s newest promo, which runs from June 1, 2008 to September 30, 2008, includes a new Samsung M620 in its welcome pack for all new credit cardholders! Interested parties must apply within the promo period and must be given an approval before December 31, 2008. The new credit card must be activated and the cellphone must be claimed before the end of the year, too.

So, what does Samsung M620 look like and what are its features? A quick summary of its most notable features would include the following: camera, FM radio, MP3, video player, bluetooth connectivity, expandable memory (upto 2 GB) plus the usual calculator, games, alarm, voice recorder and all those stuff. For a complete list, check here.

Now, come on, people! Ask what the catch is. Well, it really depends on how you see it. I see them as ‘conditions’. The cellphone is automatically subscribed to the Sun Cellular Plan 350 with a lock-in period of 24 months. The credit cardholder must charge the phone bill to HSBC, of course. So, here goes another question – what’s within the postpaid package? I now have to refer you to the table of postpaid plans found in Sun Cellular’s official site.

I think that, even with all its conditions, this is a pretty good deal. I could use a new Sun Cellular Plan (although it could be a lot better if HSBC had partnered with Globe or Smart instead). Besides, the first annual fee is still waived. Just make sure you read the promo’s complete Terms and Conditions before you click that ‘apply’ button, okay?

I’ve heard that many new cardholders have complained that they have the vouchers (for the watches or the wallets of the previous promotions) but the redemption centers don’t have the stocks. Well, I had my watches 2 months after I got the voucher. I didn’t complain (alright, maybe just a little) as I could understand that so many people can be interested in the promo, too. Come on, they’re giving freebies, so expect some competition! I got my watches eventually anyway. And maybe a new Samsung M620, too. 😉 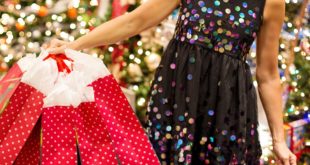