Cebu Pacific and the Horrors of Booking a Flight

One of my responsibilities at work is to facilitate trainings for employees. Since our Company will be sending participants to a training in Bacolod next week, I need round-trip tickets for them. I never had a problem with booking tickets before as our accredited travel agency almost always has what we need.

But, with the Cebu Pacific system being down since April 1 (due to system upgrading – or was that downgrading?), only 3 options were left – book at the Airport, at the Victoria Plaza branch or through their online system.

Since my workplace is at least an hour away from Davao City, I suggested we book online. My managers, however, opted to book at the Victoria Plaza office, so we don’t have to use a personal credit card (online booking needs a credit card for payment). Besides, we need a paper receipt for accounting purposes. So, following bosses’ orders, I went to their VP office only to be greeted by a bold “No More Releasing of Priority Numbers” sign.

As it has not been in me to easily give up (I traveled far for this!), I squeezed myself in to ask 1 of the customer service attendants at the counter for a number (half-expecting a “Can’t you read?” answer). She explained that they have already released 100 number cards and that they will not be releasing more until they have served all 100 and can be sure that they can serve more, given a 6:30 PM closing time. Yeah yeah yeah, I actually know that already. I just wanted to give it a try (Ang kulit!). I later learned that the lady who got the number 92 was there since 10 AM! I arrived at 1 PM.

Booking flights via Philippine Airlines or Air Philippines was not an option since both airline companies cannot provide a same-day flight connection from Davao to Bacolod.

Well, I guess my main activity for the afternoon has to be ‘to practice the virtue of patience’ by waiting for hours for a number! Good thing I was not alone in this misery! You know, misery loves company! 😛 To pass time, we (I and a few others who are also hoping to get a number) settled on having little chitchats. Of course, one inevitable topic was Cebu Pacific’s shameful service. While at their office, it really felt that I was not booking for a flight, but more like requesting for an NBI clearance!

Going back to the ultimate purpose of it all – was I able to book flights yesterday? YES – at around 5PM, and that was only after my boss finally gave me permission to book online!

After successfully printing my confirmed itinerary (which serves as the online ticket) in an internet café inside the mall, I went back to Cebu Pacific’s office to squeeze in one more time (What!?! It’s already 5PM and I still have to squeeze in?!) to ask them to check my itinerary. When I left their office, I saw some of my ‘new friends’ still waiting for their turn.

Sigh, I always had high respects for Cebu Pacific, with their low fares, on-time flights and well-thought-out schedules (They are the only ones to offer a same-day connecting flight for Davao-Bacolod! Others have a next-day connection.). But looking at people sweating it out to get a ticket, it seemed that the country’s no. 1 domestic airline is still not good enough after all. 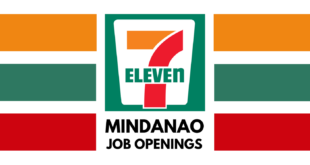 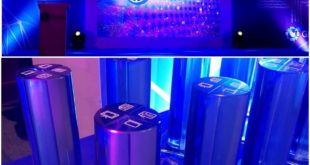