Some of my officemates were recently in Camiguin for a short vacation. Since my husband and I already had a Camiguin honeymoon in 2006, we opted to pass on the trip and stayed home. I, anyway, have decided to share our own Cagayan-Camiguin fun by posting here the travel account I have written about it weeks after arriving home. I divided it into 2 parts – the 1st to talk about Cagayan de Oro while the 2nd part on Camiguin.


My hubby and I got married on October of 2006. We had our honeymoon in Camiguin. It certainly was an island to behold. But, before we get to experience the bliss promised by Camiguin, we savored a tasty bite of the City of Golden Friendship – Cagayan de Oro.

Our journey started at 7 AM with a 6-hour trip from Davao to Cagayan de Oro, passing by different cities like Malaybalay and Valencia of the province of Bukidnon. I hardly noticed how long the trip was with all the spectacular view. The forests and the landscapes just took my breath away. At some points, I could barely distinguish the reason for my cold feet – could it be the thick fog or the view of how far we are from sea level?

To forget that the trip is really long, I totally advise that you sit on the right side of the bus so you can enjoy the magnificence of nature. And, don’t sit on the first row, unless of course, you really really want the extra adventure. The smell of the fog may actually bring calm to a possibly rugged road trip, but I don’t think having to take in the rush of cold air every time the door opens is a nice idea. Also, a full, uninterrupted view of the winding road might just get you sick.

I remember my husband and I playfully pushing against each other every time we see red arrow marks (indicating a turn). It was so fun we barely noticed we were already near CDO!

Our stop was at the Agora Terminal in Cagayan de Oro. Just at the entrance (or was it the exit?) of the terminal, we easily found a taxi to ferry us to our hotel, the Mallberry Suites, which is just located beside Robinsons Mall of the famous Limketkai Center.

After checking in at the hotel, we strolled around Limketkai Center to see what the so-called Pride of Cagayan de Oro has to offer. The Limketkai Center, with a total area of 25 hectares, is home to 2 shopping complexes – Plaza Fair and Robinsons, and plenty of restaurants, fast food chains, boutiques, specialty stores and other shops. It also holds 4 movie houses. Sadly, due to limited time (so many places to go, so little time), we just have to pass the opportunity to experience cinema in CDO.

We had a late lunch at Candy’s, which was located outside the malls but still within the Center. Food was delicious, but for a price of PhP 700 for steak, pasta and drinks.

We then tried fine dining CDO-style at Café Laguna. It seemed very elegant outside. We were, at first, a bit hesitant to go inside as we came from a long trip and we certainly looked like it. But, hey, it’s not everyday that we get to be in Cagayan de Oro, so we went in anyway. The ambiance was just okay. We ordered one of their meat dishes, soup, fresh lumpia and drinks. I don’t know if our timing was just off, but one thing I’m sure of: It was a disappointment! The food arrived really late and when it did, we had lukewarm drinks to go with it. When we called the waiter’s attention, he took our drinks and came back a few minutes later with our still lukewarm drinks with ice on it! Ugh, horrifying, to think it was one of their classy restos!

But, you know, amidst the inconveniences, a girl’s got to do what she’s got to do. Shopping! And Limketkai Center has lots of nice shops to go around. I got a nice top from What A Girl Wants and a Michaela bag from a corner boutique near the Food Court (the name escapes me). We also had a few things from Island Souvenirs, some gift shops (you know, people at home expect you to bring something) and snack bars.

On our 2nd day, we went to their SM City, which is PhP 90 away by taxi from the hotel. When we got there, it felt weird – funny weird, actually – because it’s just a smaller version of SM City Davao! Really! At that time, the mall does not have a food court, although it has plenty of restaurants to choose from. We just grabbed something to drink then left the mall a few minutes after. Photos taken there will look like we’re just in Davao, anyway. The trip to Pueblo de Oro, where SM City was located, allowed us to see the city though. We passed by the Golden Friendship Park (which they also call Divisoria), Gaisano and Xavier University – Ateneo de Cagayan. We also spotted floating restaurants along Cagayan de Oro river.

Mallberry Suites (in Florentino Street, Limketkai Center; tel. no. 855-7999) was just the best place to stay! We had a really nice room for only PhP 2,200, inclusive of breakfast for 2. Although we actually got our room at a marked-down rate (they told us about the discount at the time we called for reservations), their published rates are still very reasonable.

The room was nice and cozy, and it comes with a mini-refrigerator, a cable TV, a phone and a bathtub (which was always our prerequisite when choosing hotel rooms).

We called room service for our dinner on the second night and food was great. Breakfast at the Tangerine the next morning was also a treat. The restaurant, located at the top floor, gave us a nice view of Cagayan de Oro. The hotel personnel – from the one who opened the door for us when we came in to the one who delivered the extra pillows we asked for late at night – were also very friendly and prompt in answering our requests. The City of Golden Friendship indeed!

For the more adventurous out there, CDO also offers whitewater rafting and cave explorations. Maybe you could try it. For us, lesser mortals, we’d like to keep our heartbeats at normal rates. Well, most of the time, at least.

Previous Hurrah! Dabawenya Raises the Bar!
Next DCWD's Rodora Gamboa Through My Eyes 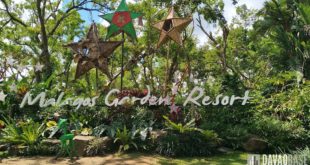 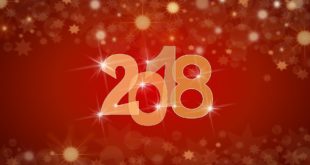 As we look back at 2017, let us also be expectant of a better and more bountiful 2018. Happy New Year to you, from DavaoBase.com!