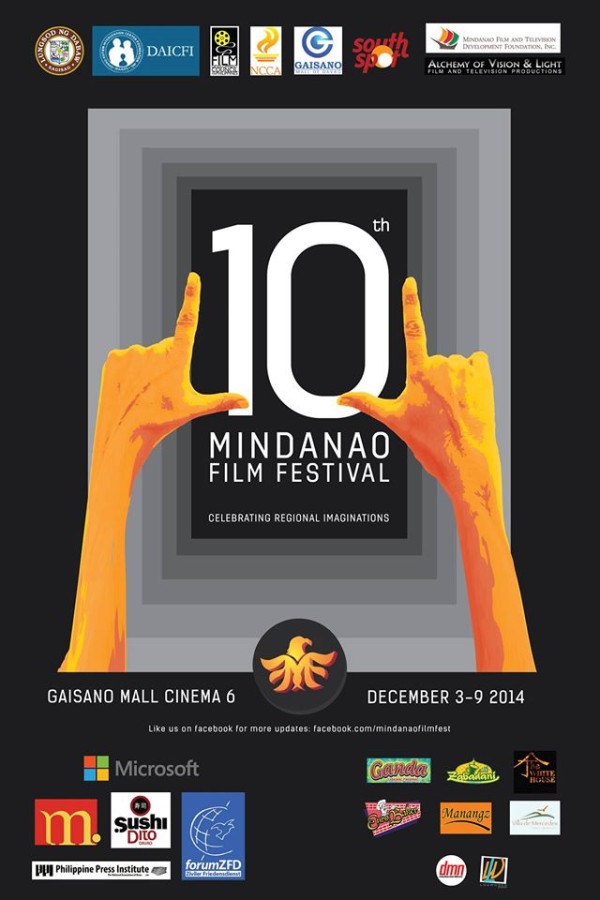 About 68 films from across Mindanao will be shown during the 10th Mindanao Film Festival that will be held this December 3 to 9 at the Gaisano Mall Cinema 6.

“We have set another record for the number of films submitted, last year we had 55 films. This means that the filmmaking movement in Mindanao is growing,” says Rudolph Alama, festival director of the 10th MFF.

Artist filmmaker Bagane Fiola’s “Sonata Maria” will also have a special screening during the festival.

Making its presence felt in the film festival is a batch of short films from Nabunturan Compostela Valley Province which was shown in the town’s Nabunturan Indie Film Exchange (Nabifilmex).

“It goes to show that filmmaking is expanding to the countryside to communities rather in the past when the movement was confined in Mindanao’s urbanized areas like Davao, Zamboanga and Cagayan de Oro cities.” Alama said.

“We are really going to the essence of why Mindanao Film Fest was created that is to showcase our local culture, local perspective to show the stories of our communities,” the festival director added.

The festival will also have a block of films that tackle the environment and climate change. The film grouping “Nagbago na ang Panahon” (The time is changing) features films that have themes or elements of climate change incorporated into its plot. The film block is shown with the support of the Philippine Information Agency-XI and Department of Environment and Natural Resources-XI.

“Climate change is real and it is happening. We hope these films can awaken us into our present-day realities,” Alama said.

The festival will also show the finished works of former participants of the Guerrilla Filmmaking Competition, which saw six filmmaking teams racing across Davao City to create their films using Lumia 1020 mobile phones.

For the complete Theatrical Screening Schedule, log on to www.facebook.com/mindanaofilmfest. (DavaoBase: You may also click the image below for a quick shot of the screening schedule.)