Here is a piece of good news for Filipinos who enjoy watching Korean films! The Korean Cultural Center in the Philippines (KCC) and the Embassy of the Republic of Korea are featuring 7 films for the 2014 Korean Film Festival, and admission is FREE! 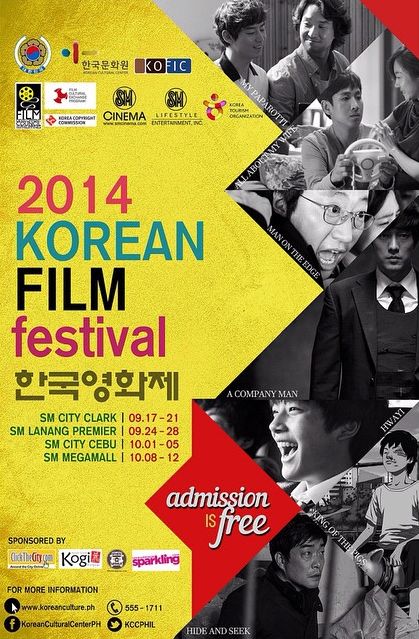 The 2014 Korean Film Festival will run from September 17 to 21 at SM City Clark in Pampanga, September 24 to 28 at SM Lanang Premier (Cinema 6), October 1 to 5 at SM City Cebu, and from October 8 to 12 at SM Megamall in Manila. All tickets are on a first-come, first-served basis, so make sure you arrive early for the films you’re interested in. 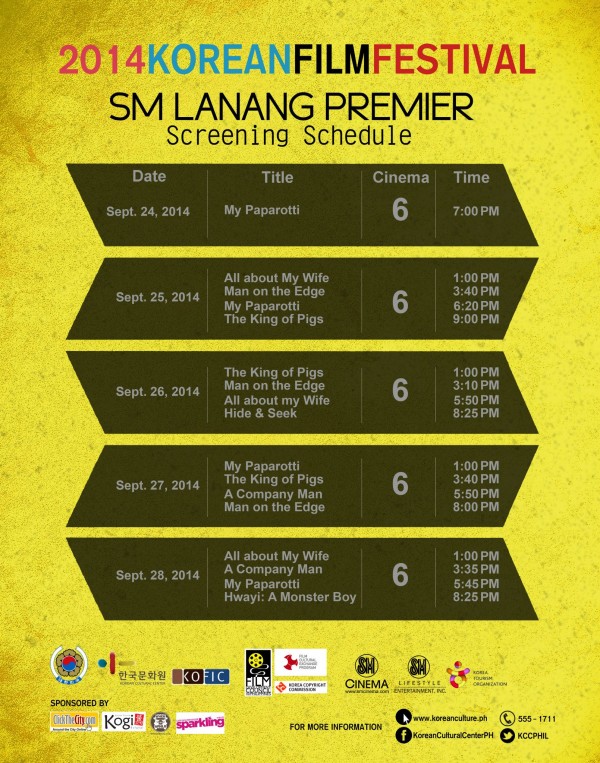 For more details, you may reach the Korean Cultural Center through email: events@koreanculture.ph.