Fellow bloggers Mark and Andrew recently declared their love for this particular drink, so I was inspired to start a series of posts about this new beverage called milk tea. 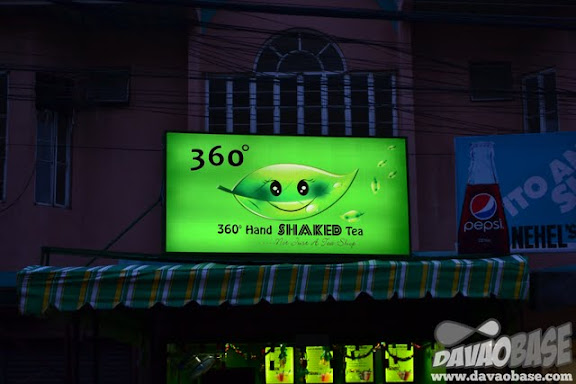 Just a few days ago, we went out of our way to sample Mark’s current favorite: 360 Degrees Hand Shaked Tea. Unlike the usual posh tea and coffee shops in Davao, 360 Degrees looks like a mass-market beverage joint. It sits right in front of Davao Doctors College. You probably won’t miss this tea shop when you pass by Gen. Malvar Street: The store is painted green, and its lighted signboard also proudly green. 🙂 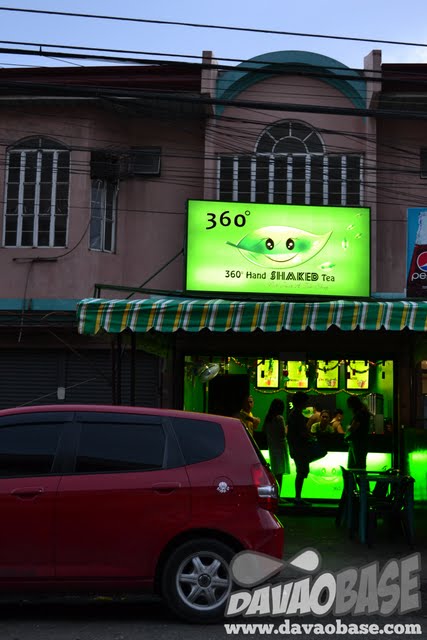 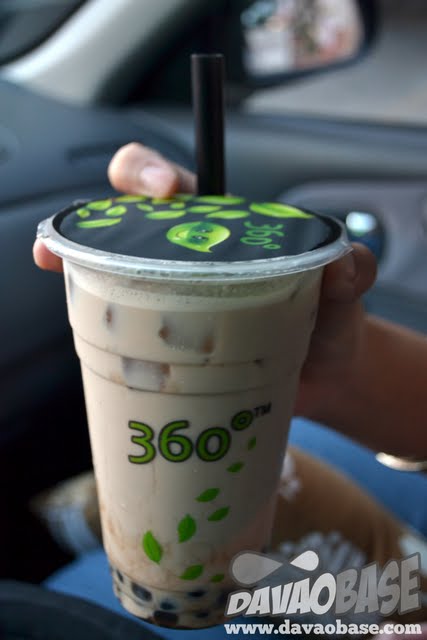 We’re glad that Davao is playing host to a lot of new food options. This way, locals and tourists will not get bored with the usual foodfare. Add 360 Degrees Hand Shaked Tea to your list of new things to try!