The start of 2011 became a return to childhood of sorts for us, as we found ourselves loving Nintendo Wii. Wifey and I were able to try Wii for the first time on Christmas eve, and instantly loved the cute console.

That is why before the year 2010 ended, we purchased our very own Nintendo Wii! 🙂 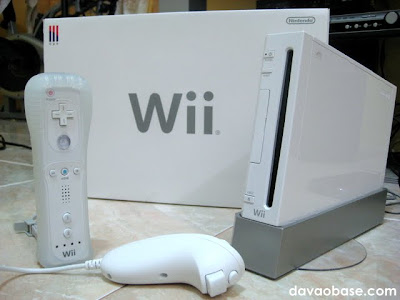 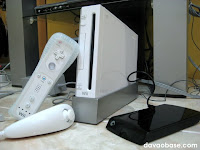 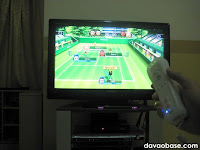 Thanks to the folks at Game Gear in Gaisano Mall of Davao for giving us a great offer (with discount at that) and unmatched after-sales service. We recently returned to the store to complain about a Wii game that wasn’t running properly. Without batting an eyelash, they immediately offered to replace the game. Plus points also to them for instantly recognizing us when we entered the store.

Right now, our Wii love goes out to Wii Sports, which rekindled our love for bowling. When we played this game for the first time, it was with family. Check out this video of Ate Elma holding the Wii console remote for the first time, and being SO intense in her playing!