The Echo of Dabawenyo Yam Laranas Premieres in Gaisano Mall of Davao! 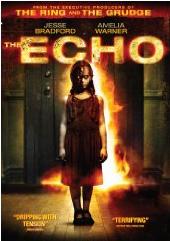 “The Echo” is finally hitting Davao cinemas this month. We cannot help but be über-proud of the achievements of Dabawenyo director and cinematographer Yam Laranas. After all, not everyone is given the opportunity to direct a Hollywood film.

Yam is a graduate of Davao City National High School. It comes as no surprise then that the DCNHS Alumni Association co-sponsors the film’s Davao Premier Screening on September 29, 2009, 8:00 PM, at Gaisano Mall of Davao Cinema 1. Regular showing starts September 30.

“The Echo” is based on his award-winning film “Sigaw”, which starred Richard Gutierrez and Angel Locsin in 2004. Vertigo Entertainment, producer of hit horror films The Grudge, The Ring, and The Departed, has produced its US remake, which stars Jesse Bradford and Amelia Warner.