We have seen Juris sing alongside her fellow Sessionistas in ASAP a number of times already, so we somehow had a picture of how her Valentine concert at the Waterfront Insular Hotel Davao would play out last Friday (February 10, 2012) .

WE WERE WRONG: She exceeded our expectations and pushed herself to a whole new level of talent. Dubbed as The Queen of Acoustic Pop, Juris possesses a voice that is familiar and yet one of a kind. She hits the high notes with a sweet falsetto, and sings lower keys more clearly than other female belters in the country. We adored her renditions of Adele’s powerful songs (“Someone Like You”, “Chasing Pavements”, “Rolling in the Deep”), and felt light like teenagers when she sang The Corrs (“Runaway”, “What Can I Do”).

During her Valentine-slash-homecoming concert, Juris showed what she sings best: songs that show the painful and suffering side of love. The highlight of the concert was when she belted “Kahit Di Mo Sabihin”, a song written by Jonathan Manalo that talks about a relationship coming to an end. Juris was pitch-perfect and full of passion. Another winner was “Di Lang Ikaw”, a writing collaboration of Juris and Aiza Seguerra. 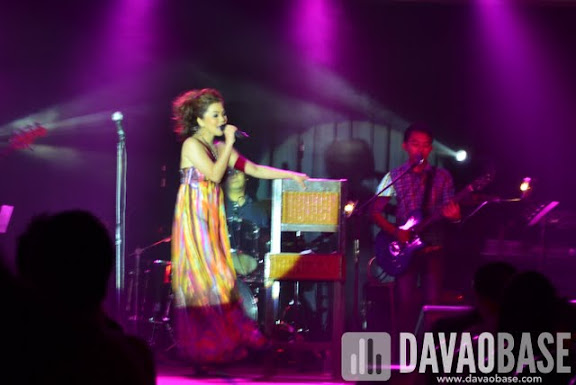 But mind you, the depressing emotions were kept only in the songs. As for Juris, she was the complete opposite. Her bubbly and welcoming personality resonated through the entire Agila 2 room, and kept the audience in a light and giggly mood. She walked through the concert hall, gamely challenging selected concert goers to sing with her. She kept asking the audience if “ok lang ba kayo” to make sure that everybody is enjoying the concert. 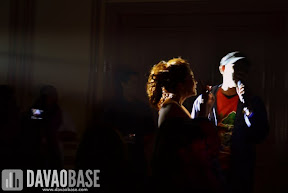 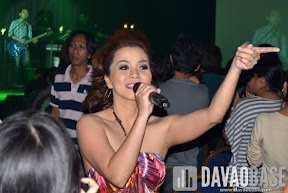 No need to ask us, Juris. The fact that the crowd rose up and danced to your finale medley of “We Found Love” / “Firework” / “Viva La Vida” pretty much answers your question. 🙂